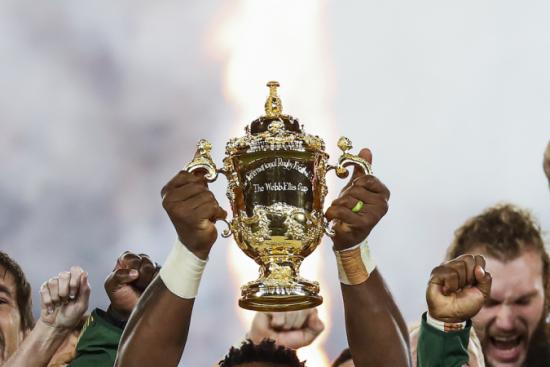 In the warm afterglow of the Springbok victory in the 2019 Rugby World Cup, it is all too easy to jump on the bandwagon of armchair experts and wax lyrical. However, the stark contrast between the national euphoria around this victory and the reality of day-to-day life for the majority of South Africans cannot go unnoticed. On the back of a Medium-term budget speech that confirmed SA national debt exceeds R3 trillion (expected to rise to R4.5 trillion in the next three years) and a Moody’s credit rating downgrade from stable to negative, good news is in short supply.

Then Saturday happened. After England’s incredible performance played against New Zealand in the semis, there were many who saw the Boks as the underdogs. The truth is England did not play anything like they had the week before. Conversely, the SA team came out with a self-belief and positivity that belied any apprehension they might have had; they carried 369 metres, made 11 clean breaks, 158 tackles and monopolized the scrums. All this, despite the fact that England dominated, in both territory and possession, for 70 minutes of the game.

So what can we learn from the events of the last week? Are there leadership lessons to be gleaned from the Bok performance? I think so. As a student of leadership and facilitator and coach of programmes for corporates, NGO's and government departments around high performance teams, here are my initial thoughts:

High performing teams are formed around a clear purpose. This team was set on winning the cup for a third time on as many continents. This was not just about a rugby tournament, but more about showing the world how South Africa could be “Stronger Together!” We failed to build on the social capital of the 1994 -1995 era and this week’s victory tour is a wonderful opportunity to rebuild bridges across the divides of our communities.

High performing teams execute strategy. Whilst many viewers could not always understand the game plan at the time, it now becomes apparent that the Boks approached the tournament at both a strategic and tactical level. Their ability to move from strategy to execution (especially after the loss to NZ) was not without its challenges, but there was a plan and they stuck to it. Even when that plan involved sustained box kicking and playing behind the opponents!

High performing teams evolve over time. Previously, the team had only won 11 of 25 Tests in the 2016 and 2017 seasons. Coach Rassie Erasmus spoke at length about his 18th month plan but, in reality, this 31-man squad team only had 20 weeks together in Japan and they needed that time to develop into a cohesive unit. In the modern world of work, it is often not easy to develop the level of trust and role clarity required for successful team execution.

High performing teams need to handle pressure. High performing teams wrap themselves around an overarching purpose. The responsibility of the pressure to achieve that purpose needs to be reframed as a privilege rather than a burden. In hindsight, the way the team handled the pool game loss against New Zealand seems pivotal.

High performing teams make succession planning a priority. Rassie made the point that, coming into the final, he felt that the England squad was probably more fatigued due to the demands of the tournament. Erasmus prioritized rotating players during matches, making sure that they were not over utilized. This means that sometimes even star performers have to be comfortable with sitting on the bench for certain periods of time to allow others to shine. Rassie is well known for referring to a team made up of 23 players rather than 15.

High performing teams achieve role clarity. This applies as much to the bench as it does to the players on the field. The aptly named, “Bomb Squad”, made up of a bench of six forwards and two backs became renowned for its effectiveness. One of the most important decisions that Erasmus made was appointing Siya Kolisi as the first black Bok captain, (despite his apparent lack of experience in that role). To see the impact that this decision has had (as we now get to hear from Kolisi) is really profound. One only has to listen to Siya’s story to realise that he represents so much in terms of possibility for literally millions of South Africans.

High performing teams need operational processes and support. The defence coach (Jacques Nienaber), forwards coach (Matthew Proudfoot) along with specialist skills coach (Mzwandile Stick) were supported by Felix Jones and a whole host of technical, medical, operational and logistics staff. It is easy to forget that high performing teams can only function effectively if the operational processes and support staff are in place.

High performing teams need the right talent. Despite the fact that we have seen some great players leave the country to ply their trade overseas, on the day, we put forward a winning team. This is not to say that our policies and contracting model don’t need to be looked at, but as far as the RWC was concerned, we certainly managed to identify and select players based, not just on individual brilliance, but also on some remarkable combinations.

High performing teams need leadership based on trust. This trust was evident in the dynamic between Erasmus and Kolisi not just during the tournament, but even more so in the post-match interviews beamed across the world for rugby fans to enjoy. Trust was something that Rassie alluded to as questions were raised about Etzebeth’s conduct prior to the tournament.

“Obviously there’s trust between a coach and a player. I must trust him to do some things on the field for me and win Test matches for the team and he must trust me when he tells me something important,” commented Erasmus.

High Performing teams thrive on clear communication. A number of rugby players and commentators have noted the honesty with which Erasmus communicated with his players. He was consistent in his team selection and also let players know well in advance of the quarter finals as to who could expect to take the field. High performing teams work hard to reduce misunderstanding, ambiguity and confusion both on and off the field.

High performing teams learn from successes and failures. The Boks will be the first to admit that their campaign was not faultless, but it was certainly effective. High performing teams are committed to accountability for results. High performing teams work best when they have agreed to a common team charter. They formulate a set of non-negotiables as to how they will work together and then use these "rules for success" to map the way forward. This "operating code" is co-created and co-shared and teams learn to use this as a means of efffective course correction where required.

High performing teams make a point of celebrating. I loved the fact that Rassie shared how they had built the victory parades into the overall 20 week plan. The team effort did not end at the final whistle, but there was an agreement that everyone (barring injury) would be expected to join fly back from Japan and join in the festivities as a unit. We need to be celebrating our team successes more often.

As the team makes its way across the country over the next few days, let's take a moment to savour this victory. What we need now are South African leaders from all walks of life to embrace these high performing team principles. Principles of honesty, accountability, and commitment. Whilst the RWC 2019 victory was made possible by a rugby team, the obstacles we face as a nation are far more complex and victory can't be achieved in only six short weeks. But we have to start somewhere and we have to start now. Here's to us all committing to standing "Stronger Together!"

If you're interested in this, or any of our other offerings, please send your details below and we will be in touch to discuss your requirements.